I again just listened to an interview with LTG William G (Gus) Pagonis, author of “Moving Mountains” and the overall logistical commander during the build-up and conduct of the Gulf War in the early 90’s. He had some interesting points to make that very well parallel my own thoughts. http://www.youtube.com/watch?v=iDsRGWcRvC0

LTG Pagonis’ comments were directed to former military members who are trying to land jobs or just relate their experience to civilian employers. This has always been a very hard task to accomplishment. It is next to impossible for one that hasn’t served in the military to understand just what a military logistician can do and has done during their tenure. My thoughts as to the prime reason for this disconnect is the lack of a draft. I am not proposing here that we re-institute the draft—that subject is for another forum. 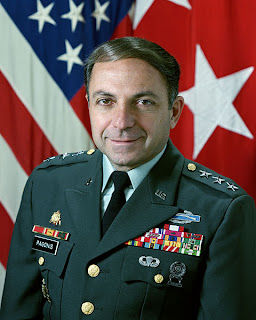 During my twenty-seven plus years in manufacturing operations at every level of those organizations—junior to very senior management—I never once came close to the level of authority and responsibility I had even as a very junior Second Lieutenant in the United States Army. I worked in facilities from as few employees as eighty to larger organizations with well over six hundred plus—most reporting to larger corporations.

There just isn’t any real correlation to the levels experienced by most military logisticians to that of their supposedly civilian counterparts. The routine scope of civilian operations is just too narrowly focused to begin to compare.

LTG Pagonis stressed that those with military backgrounds should “emphasize their leadership traits and abilities.” This is particularly hard to do and must be thought through very carefully. One must be sure that the degree of aloofness is not so condescending so as to put off the hiring manager in a way that it works against applicant.

Remember that any organization’s most important asset is its people-strength. The hardest obstacle to overcome in the civilian world is the time to train; it hardly exists at all. In the civilian world, they want to buy in the trained and not spend their time training. I believe this to be, in mot cases, a major mistake. The time spent in training and mentoring is much more important than the dollars spent in getting there. The bonding and camaraderie that takes place is of vital importance and pays off for long periods of time. Don’t underestimate it!
Posted by John Howard at 1:42 PM