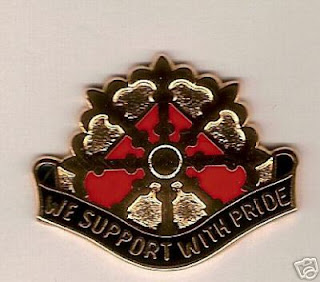 
For some time I have been wanting to get this down. Now seems appropriate.

During my time in upstate New York, while stationed at West Point, I had the opportunity to peruse a Master’s Degree—the Army didn’t much care where it came from or, for that matter, what field of study it was in. They just wanted me to get an advanced degree. The catch was that the classes the group of us could get to were held at McGuire Air Force Base down in New Jersey—a four plus hour drive south. And, they were held on weekends only—that was the difficult part of the opportunity—we worked the weekends, every weekends. The compromise—we would have to continue visits at our normal level and we could take off the weekends to attend class. For close to a year, we were looking at zero time off. We agreed, set ourselves a rotating car pool schedule and became students of Central Michigan University, but meeting at McGuire two weekends a month.

Classes started on Friday evening running from 6 through 10 PM, and then again on Saturday and Sunday from 8 AM through 6PM—we felt lucky to get an hour off for lunch. We finished a class every month and started another the following month if we were lucky enough for what we needed to be offered at McGuire—most of the time we were. Papers were due every day class met and there was exams scheduled on each Saturday and Sunday—no letup ever.

One particular Friday during our second month, we arrived early because one of us had some problem with the schedule and his change of station date which had been moved forward. While he worked out the scheduling problem, the rest of us made a command decision and headed over to the Officers’ Club. We had time to kill prior to class starting and drinks seemed to be the appropriate filler.

Upon arrival, it was obvious that we had the undivided attention of the bar tenders as it was still early in the work day for the Air Force—I know I am stretching the believability envelope when I include work and Air Force in the same sentence but you get the idea. The bar tender that walked down to the end of the bar we took up residence on was a kid named Bill, the son of an Air Force Sergeant Major on the base. Bill joined our conversation pretty quickly—we and a few dirty glasses were the only game in town.

My current drink of choice was a Whiskey Sour largely because one would seldom be surprised by bad Whiskey Sour. I had my share of strange mixes, but hardly ever a Whiskey Sour. Most tenders made up a batch (or two) of Sour mix before shift—an easy task. I had some surety that I would get what I expected.

The Boss ordered a club soda, commenting on class that evening and my partner, Dick, took a chance on his usual, a straight shot. I ask Bill for a Sour, hoping to not be surprised. As I recall, we had at least one (maybe two) more rounds prior to having left for class.

After the evening session drew to a close, Dick mentioned: “Howard, you really opened up tonight.” The Sours had had an effect. I wondered if I might had made an effect on the professor. Time would tell.

We routinely lunched at the O Club but didn’t imbibe during the school day. That evening after class ended, prior to going out for dinner, we stopped by the O Club once again. Bill just happened to be on duty this evening as well.

“Wada ya have?” he said addressing the Boss who responded with a whatever—I don’t remember. It wasn’t the club soda this time though. He didn’t ask Dick nor I. He just walked over and started preparing the drinks. Returning, he set us up with a whatever, a shot for Dick and a Sour for myself. OK, a kid that know how to work for a tip!

After a couple of swigs and when Bill had returned to our end of the bar, I mentioned to him: “Everybody’s sours didn’t always mean sour.”

“Not sour enough for you sir?”

“Not quiet Bill. You oughta work on that.” We departed for dinner after that round and didn’t see Bill anymore that weekend.

Having decided that the early arrival was a good plan, we were in the O Club bar shortly after 1 PM the next Friday when our classes were scheduled.

Bill met us at our usual end of the bar, cheerful as usual and looked fairly glad to see us. He turned to the bar back and pointed, advising us that he had two pitchers of sour mix prepared: one for the routine customers and another for me. We ordered. Realizing what was happening, Dick ordered a Whiskey Sour also. I took my usual.

Bill returned with the drinks and proudly stated: “I bet that’s sour enough for ya, Sir!”

Dick took a swig of his while I looked over my drink and studied the situation. Dick shook just a bit and then shivered a bit. Then he ordered his regular shot and pushed the sour back over to Bill. I took a swig and provided my critique: “Well, that’s better, but I’ve had several more sour than this.”

Bill seemed to be grinding his teeth and his back looked to be arched. “I betcha I can make it so sour that even you can’t drink it Sir.”

No charge if it isn’t sour enough. How’s that?”

There it began. Bill would practice during the weeks that we were not in class; all the while I would work on my palate. I am pretty sure that I spent less time preparing that Bill did, but he was always ready when we walked through the doors of the O Club bar; two and sometimes three pitchers on the bar back.

For the next seven months, Bill tried and I shook my head back and forth: “No Bill! That’s close but not quite yet.” He would arch his back and stride off mumbling under his breath and come back a little later with another drink. Usually the same result. He would try to get Dick to judge his concoction and frequently Dick did, having the same results as the first time: “Way too sour for me!”

Because my uncle (Sam) paid for the schooling, our only expense was the getting there and back, our rooms at the BOQ for the weekend and whatever we spent on food and drinks. Usually in fatigues during our work day, I had enough civvies for a weekend, no doubt, but I do remember having to buy a pair of shoes about halfway through the sessions; penny loafers as I recall.

Never once did Bill deliver a drink that I accepted as a good Whiskey Sour, never!

After all was said and done, I looked back over the quest for my first Masters and reveled a discovery or two.

The first class, I made an A- in. On my transcript, the classes that followed showed marks of As and A+s. I think it was the Whiskey Sours and the chasing of inhibitions that were done in by our visits to the O Club bar prior to class on those Friday afternoons. I hadn’t noticed at the time.

And those Whiskey Sours I remember very fondly also. While after the second month of class, I never paid for another drink in the McGuire Air Force Base Officers’ Club, I was never without a drink in that bar, as long as Bill was the tender on duty. Bill would bring them over and I would drink them. I’d reach for the drink while slipping my loafers off the barstool and my feet. I’d throw back the Sour and within seconds my toes would start to curl, an occurrence that had become impossible with regular shoes on during that summer. My throat would begin to close and my ears would steam. Did I ever let on to Bill? You betcha not; never once did I let on—my face was straight. I was in instant agony with every new Sour delivered to my seat at the bar. But the game was afoot and I was playing to win.

Thanks Bill.
Posted by John Howard at 10:37 AM No comments: