I was watching a recording of the Animal Planet’s “Wild West Alaska” last evening where they told of one of Ken’s acquaintances, an Alaskan Native, that Ken had talked into bringing in a rifle to upgrade and “fix;” all in the hopes of Ken talking Jim, the owner, into tagging along on a buffalo hunt for this young native man to obtain food for a native village feast—but from Ken’s viewpoint, a day off from work.

The episode brought to mind one time at Fort Greely that I had the opportunity to come into contact with the local buffalo herd and how that all worked out.

I had been conducting a staff meeting in my command tent when we heard a ruckus outside. The five of us walked outside to see what was going on and that’s when we saw them. A big portion of the Fort Greely Buffalo Herd had just strolled through our area.

One of my guys, Fitz, came over and said: “Hey LT, one of them was looking inside the vestibule of your tent!”

I was really glad that the visitor had figured out it wasn’t his meeting and decided to stroll on away!

I wish I had taken out my camera when we first walked out of the tent, but getting a picture was the last thing on my mind at the time. I shot these two before they moved out of the area. This took place in February of 1974. The temp was hovering around -60ºF at the time. 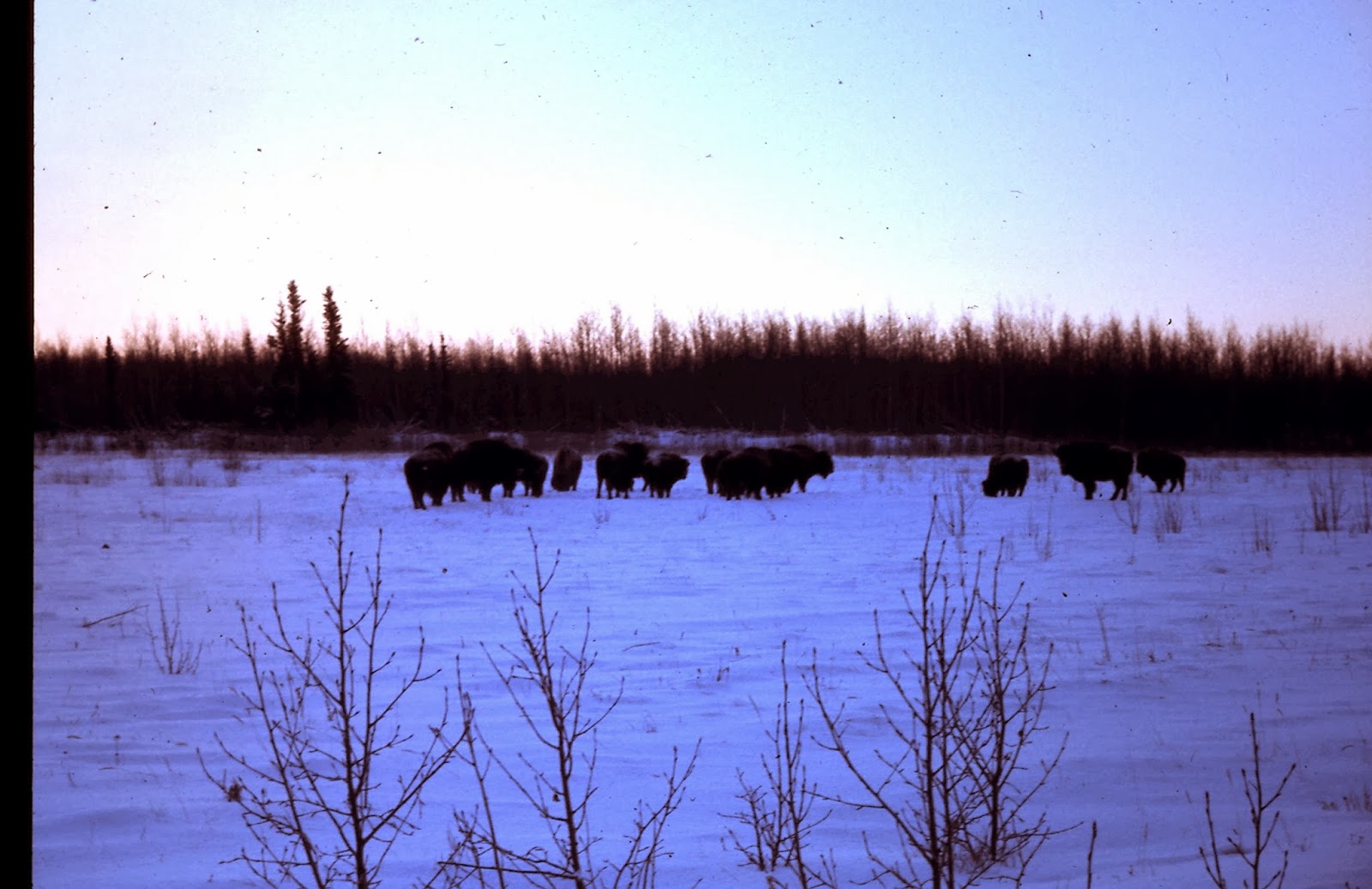 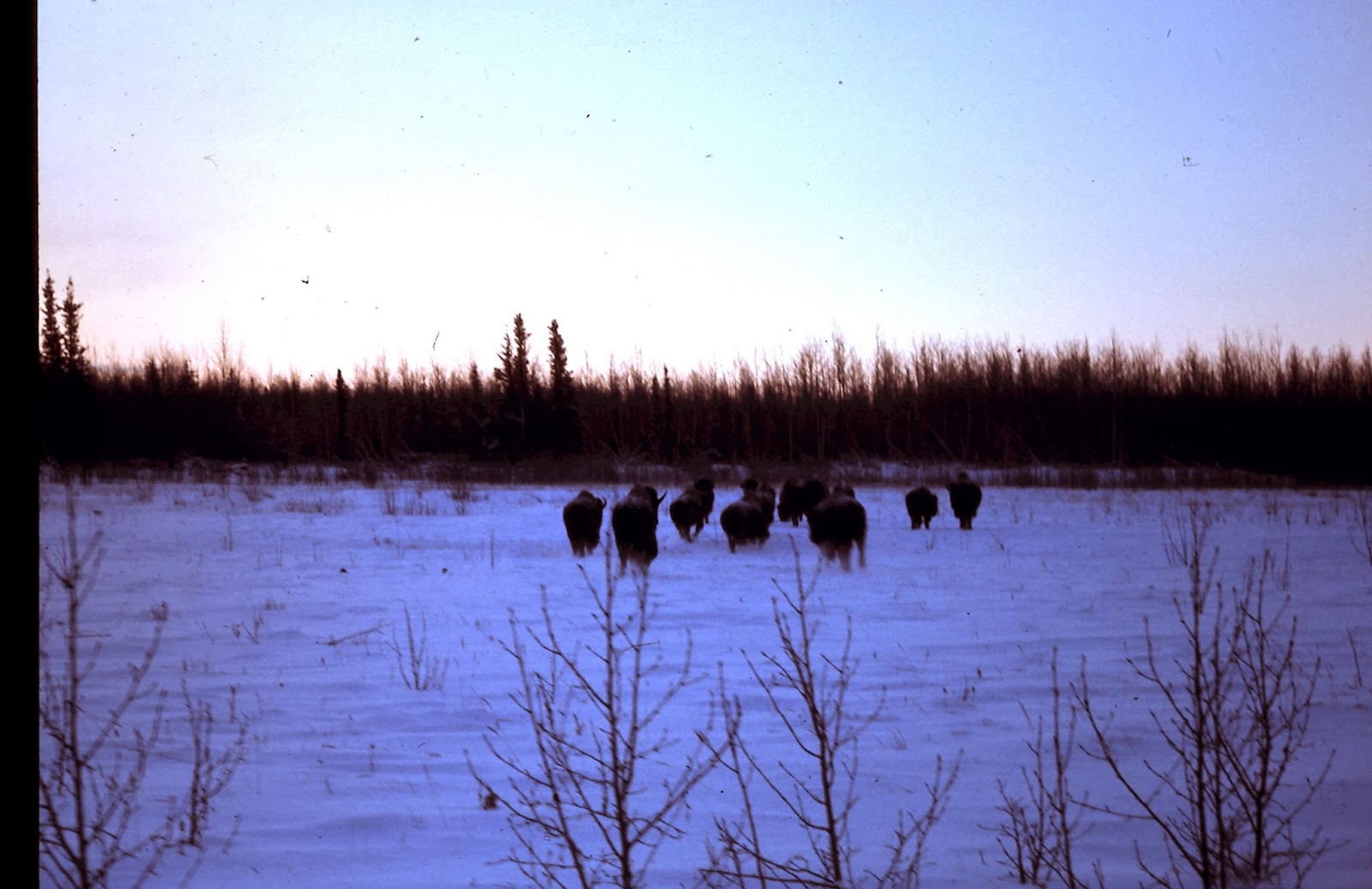