On the new road to Fairbanks, most of which north of the Talkeetna cut-off at the time was still gravel, the story that this essay relates to took place. Just south and west of Fairbanks sat not much more than a wide spot in the road was the village of Nenana, milepost 304 on the Parks Highway (Highway #3). Nenana’s primary claim to fame is “the Break-up Challenge” which is conducted every spring and establishes the end of the Alaskan winter and the start of the Alaskan spring—howsoever short as it may be, but still it’s spring. 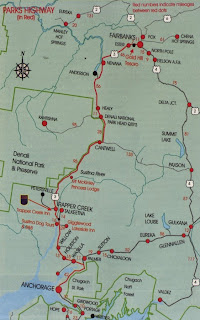 Break-up is signaled by the movement of the surging ice on a tripod frozen in the Tanana River. The tripod, which actually has four legs, is placed there by the town of Nenana and the Break-up contest has recently carried a cash prize of as much as three-hundred thousand dollars. You win the dough by guessing the time closest to the nearest minute of actual movement of the ice flow in the Nenana River—that’s when the tripod moves. The challenge was started by the Alaskan Railroad back in 1917 with the first pool closing in on eight hundred dollars. In 2005, the ice went out at 12:01 PM, Alaska Standard Time and had forty-six winning guesses, each with the exact time.

Most organizations that I have been a part of had an undercurrent of “pools” such as the Nenana “Break-up Challenge.” One of the major pools that “us” guys conducted during the years I was assigned to Alaska while in the Army each year, other than the routine football and baseball pots, was the “First Snow Pool”—the reverse of the Nenana Break-up Challenge. The other was the Nenana Break-up. The “First Snow Pool” entailed the gathering of funds and recording names and dates of the participants wanting to take their turn at guessing on which date the first snow would arrive at Ft Rich and remain on the ground for a full week prior to disappearing, if it did.

But here, we will stay strictly on the Nenana topic. The 2015 pot for guessing the exact or closest time was a cool $330,330—not bad for a single winner. But not so fast. This year, the pot was shared by 25 winning entries: all having the exact month day, hour & minute of April 24th, 2:25 p.m. Alaska Standard Time—https://nsidc.org/data/docs/daac/nsidc0064_nenana.gd.html. Next year will be the 100th year of the event—get out there and try your luck. Go to http://www.nenanaakiceclassic.com/poolrules.htm for details. 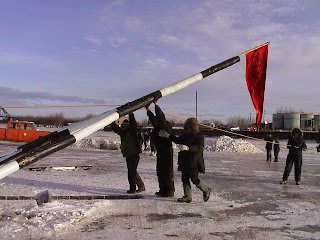 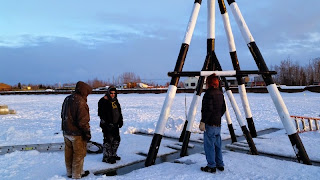 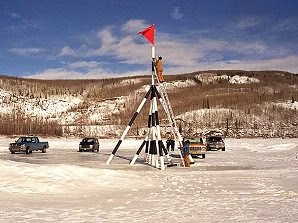 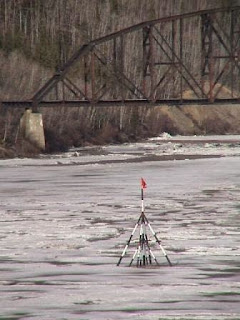 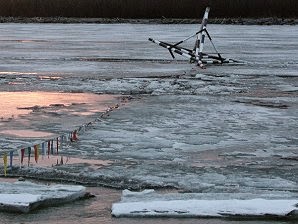 For those of you that might remember this; in the days of old when time was still young; there were few private line telephone operations. The cost to most was prohibitive and like it or not, lines still didn’t go everywhere.

The method of stringing phone lines into a specific area would follow this basic scheme: (1) the phone company would run one line into a particular area. (2) The terminus of that line would then act as a trunk or hub, if you will. (3) From this hub, the phone company would then run individual lines (party lines) to each subscriber in that particular area. I am not sure how many subscribers were supported off a particular hub; I guess it would depend on the current capabilities. I do remember having ten or so parties on our line. (4) Each party would then be assigned a certain ring, thus enabling the subscriber to detect when a call was for their establishment or home as it may be. (5) The subscribers were sorta on the “honor system” and didn’t answer the phone when it wasn’t their ring. This in no way stopped the sneaky old lady next door from picking up the receiver and listening in on your call to your best girl or visa versa for that matter. Of course, if you didn’t answer, your neighbor could always pick up the call and act as the rudimentary version of voicemail—passing the message on to you at a later time.

Growing up, I remember that the “party line” went away in my hometown around the late 50s. However, even though the story detailed in my book took place in the mid-1970s and I didn’t know it yet, but I was again going to be dealing with a party line.

Yep; two shorts and a long! That’s the story associated with Nenana in my upcoming book “There’s a Moose in the Gard Shack—He’s Gonna Kill Me!